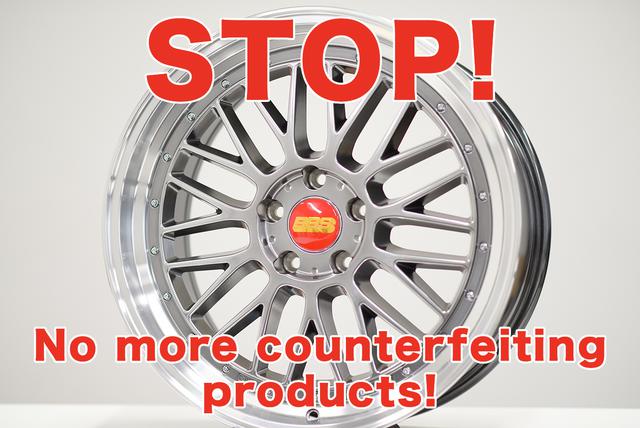 [Beware of the fakes!] The problem of counterfeit products which manufacturers and consumers are facing

T
Taka @ d-network
BBS enbbsjapanforgedwheelsforgedMultilingual articles多语言文章多言語記事
What if the long-awaited BBS wheel that you purchased is a fake? The thought alone is scary, but the truth is that such incidents occur frequently every year. In this article, we will introduce scams and the problem faced by manufacturers and consumers because of counterfeit products actually sold.
FacebookTwitterLINE
前ページ
12
次ページ

BBS Japan's products are known to be high-end wheel brands, making them an easy target for scam groups. This is why the company has been tackling counterfeit products for many years.

We interviewed Mr. Yasuhiro Tanaka, who is at the forefront of the fight against counterfeit products.

He showed us actual examples of what kind of counterfeit products have been found so far and what measures have been taken.

"885" The brand that has bothered BBS

"Although it is rarely distributed in Japan, the ‘885’ first started to appear in the global market in the 1990s, which may be the beginning of the counterfeit problem for the BBS brand."

"885" is a brand launched by Vannetukku, a Finnish company that produces countenfeit versions of BBS wheels.

The number "885" looks quite similar to "BBS" depending on how it is drawn, and when combined with the red emblem, it triggers a misunderstanding among consumers.

In addition to the wheel design, the product name is also very similar to that of BBS brand products, which has confused consumers for many years.

On January 27, 2017, BBS Germany won a legal battle versus Vannetukku in a court in Finland, and the court banned Vannetukku from using the 885 trademark and ordered it to pay compensation, but...

“That is just the tip of the iceberg. Wheels with 885 logos are still available in the market today.”

The fundamental part of the 885 problem is that they are not claiming to be "BBS", but are claiming to be a separate brand called "885". Some courts have judged that there was no problem because the way we read those words are completely different.

Although it is barely distributed in Japan, it is said that Vannetukku has recently attempted to register the "885" trademark in Japan. It seems that the 885 problem will take a long time to be resolved.

Spreading damages in an Internet society

All of BBS Japan's wheels are forged products, but are the counterfeits also made by forging?

Mr. Tanaka showed us a counterfeit product pretending to be BBS Japan's popular wheel "LM.” The authentic one is a two-piece forged aluminum wheel, but this one is a one-piece wheel made by casting.

When you actually compare it with an authentic product right in front of you, it is obvious that they are completely different. First, the logo is a cheap imitation. If you look at the picture below, it is obvious.

There are other points as well, such as the uneven painting of the product itself, the impossibly heavy weight for a forged product, the weird inclination, and if you look at the back side, you can easily see that it is not a two-piece product.

Appallingly, it also has a “MADE IN CHINA” mark on it.

However, most of the sites that sell counterfeit products do not show detailed pictures, rather only the pictures of the face side. Because of this, it would be difficult for consumers to determine whether a product is counterfeit or not.

“The problem of counterfeit products has increased since the spread of the Internet around the year 2000.You can find any product you want from all over the world and purchase it with one click.This is the negative side of our convenient world.”

Most of the counterfeit products are made in China, and a significant number of them are available on the Chinese e-commerce sites such as Taobao, Alibaba, and JD Mall.

This article is a sponsored article by
''.